WHAT DO SOY SAUCE AND PARMESAN HAVE IN COMMON?


The umami taste is defined as the 5th taste following sour, bitter, sweet and salty.

The link between the umami taste and glutamate was discovered by the Japanese chemist Kikunae Ikeda (1864-1936)(1).

The gastronome Brillat-Savarin (1755-1826) cited an additional flavor he called ‘osmazome’, which he linked specifically to meat stocks. And when the French Chef Auguste Escoffier (1846-1935) created the veal stock that enhanced the flavors of so many dishes, he was simply condensing glutamate.

However, it wasn’t until the 1980s that umami was finally recognized as a discernible taste alongside sweetness, saltiness, sourness and bitterness. As with the other tastes, the human tongue has specific umami taste buds.

But it was only in the year 2000 that research finally proved that umami was due to the interaction between glutamic acid and these specific taste buds. 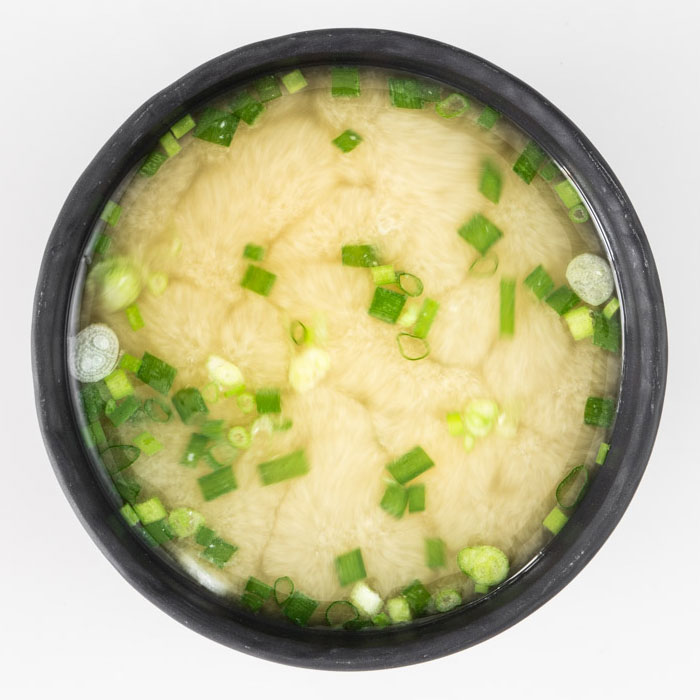 The salts of glutamic acid can be hydrolyzed to produce glutamate ions. Monosodium glutamate, also known as the food additive E621, is a flavor enhancer commonly used to add the umami taste to foods.

Soy sauce and miso soup are fermented foods in which the umami taste is very pronounced.

Fermentation, referred to as the Koji process, is precisely what gives them this flavor.

The word ‘koji’ refers to the fungus Aspergillus oryzae to the process of solid state fermentation (the koji process), and to the substrates the fungus has been grown on (rice, soybean, wheat bran).

Aspergillus oryzaeproduces a large diversity of enzymes: lipases, amylases and proteases. Some proteases release glutamic acid and are responsible for the umami taste we discern.